Here we go into 2022. I’m still hopeful for the rapture any day now and especially up until May/June of 2022 (prayerfully sooner) per Fig Tree Generation. KEEP WATCH!!! 2022 is also the Chinese New Year of the Tiger which makes me think of the I, Pet Goat II video and the enemy’s predictive programming. That is why I used that images above as the main image of this post. Mr. Skeleton has the fireworks behind him and a New Year party blower in his mouth as he taps the young girl who is protesting nuclear war on her shoulder. On her back is a tiger. Just makes me wonder is all. Tons of nuclear winter images in that occult video. That, and there was an older Blondie video that I had seen in which they gave a “forecast” that was very disturbing. I always wonder about it when we approach this time because of the predictive programming the enemy does. See it right below. 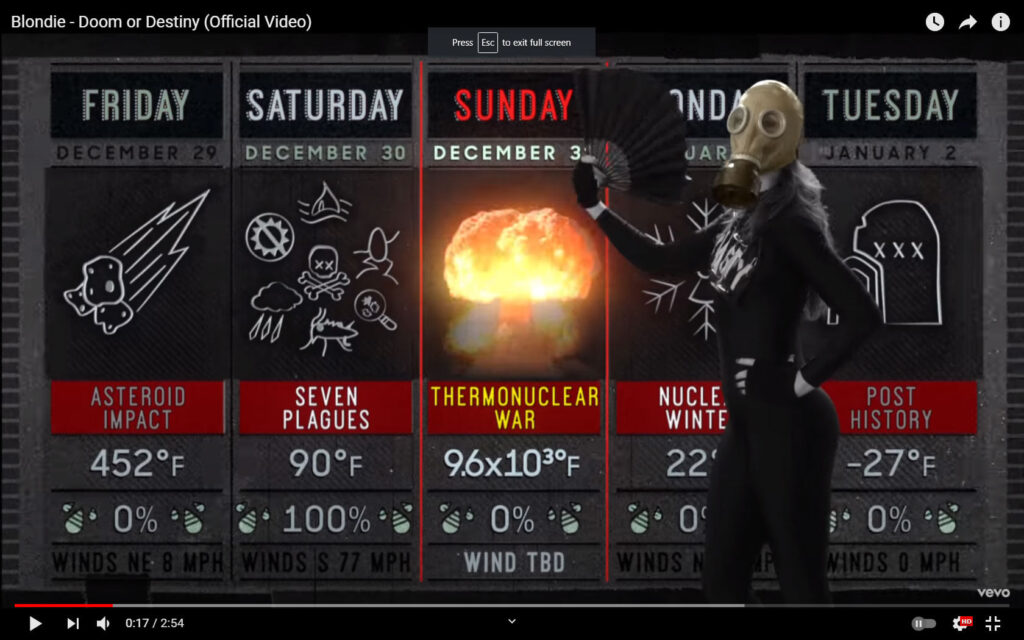 However, the reason for this post is to share this blog post below because it can help you to understand what lies ahead. This is awesome insight into the coming 2022 by Pete Garcia….Please subscribe to his site. I also provide a couple of interviews below the article. Let’s get started….

Each year since at least 2013, I think, I’ve done a “year in review” ahead of the coming year. While my “batting average” (a little humor here) tends to stay a little higher the more general and less specific I stay, I’d like to think I have a decent track record. That is NOT because I am so smart (I’m not), but because the Bible has already told us where events will move toward. Regarding accuracy, I have two particular methods that have contributed to my track record.

First, I look at what the Bible has to say about a thing and then look at where the news is headed. At that point, I simply connect the dots. Second, I take what world leaders say will happen, and then I expect the opposite to happen. Now having said that, here are my highly speculative and in no way, hard predictions/forecasts for 2022.

Caveat Emptor: Black Swan events can and will happen, and are unpredictable (hence black swan). These include (but are not limited to) events like tsunamis, major earthquakes, terrorist attacks, meteor strikes, solar storms, and other natural and man-caused catastrophes that happen without any forewarning. There is no way to predict those, other than to say that as we draw closer to the end, expect more of them to occur with increasing frequency and intensity….MORE 👇👇👇 (Just click on image or link) 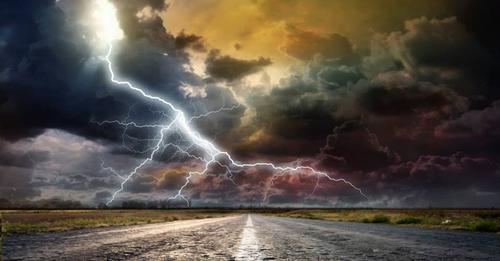 Here are two interview videos that Pete Garcia made below:

The Last Generation | LIVE with Tom Hughes and Pete Garcia

This was in a short video that I saw. The “vav” part caught my eye. As I have stated before, I do not think it is the Mark of the Beast YET. BUT, it is building into it and I feel will be a part of it by the time the Antichrist is on the scene. In case you didn’t think about this before and did not see the news on it… 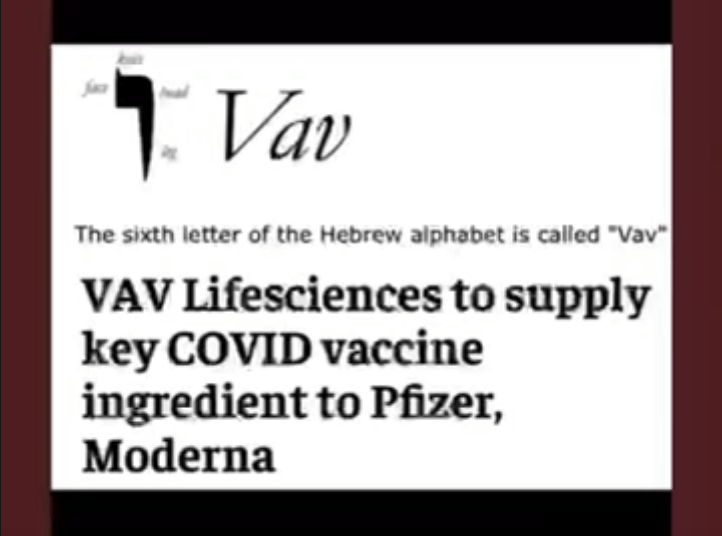 NEWS LINKS IN REFERENCE TO ABOVE IMAGE:

The outlook looks disturbing and not very hopeful at all. That is to say, for the UNSAVED but, for those who belong to and follow JESUS, it has never looked more hopeful and bright! The group you choose to belong in is up to you, however….. 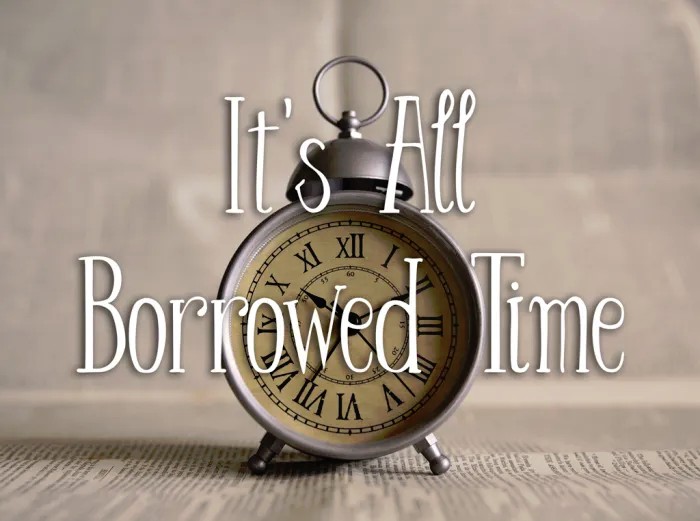 Working together with him, then, we appeal to you not to receive the grace of God in vain. For he says,

“In a favorable time I listened to you, and in a day of salvation I have helped you.”

You just never know when that time is up….

…you do not know what tomorrow will bring. What is your life? For you are a mist that appears for a little time and then vanishes. ~ James 4:14

For God did not send his Son into the world to condemn the world, but in order that the world might be saved through him. Whoever believes in him is not condemned, but whoever does not believe is condemned already, because he has not believed in the name of the only Son of God. And this is the judgment: the light has come into the world, and people loved the darkness rather than the light because their works were evil. For everyone who does wicked things hates the light and does not come to the light, lest his works should be exposed. But whoever does what is true comes to the light, so that it may be clearly seen that his works have been carried out in God.” ~ John 3:17-21

…because, if you confess with your mouth that Jesus is Lord and believe in your heart that God raised him from the dead, you will be saved. For with the heart one believes and is justified, and with the mouth one confesses and is saved. For the Scripture says, “Everyone who believes in him will not be put to shame.” ~ Romans 10:9-11